Occurs between building materials and is a major cause of condensation and mould growth in buildings. There are several varieties of mould that can grow on the inside surface of buildings in certain conditions and some can be toxic. Products with little or no cold bridging thus provide a healthy environment by reducing moisture and mould growth.

The thermal conductivity of a material, the lower the value the better the material is at storing heat and retaining temperatures. Expressed in Watts per metre per degree Centigrade or Kelvin (W/mK).

A thermal bridge is a localised area of lower thermal resistance in the building envelope resulting in higher heat flow and lower internal surface temperatures. As well as increasing heat loss from the building envelope, thermal bridging can cause localised condensation as surface temperatures may be reduced below the dew point (condensation temperature) of the air in the space. This is a particular danger in buildings where the Relative Humidity (RH) may be high, such as canteens, laundries, swimming pools and some factories.

Measure of the ability of a solid or liquid to transfer heat.

Generally light materials are better insulators than heavy materials, because light materials often contain air enclosures. Dry still air has a very low conductivity. A layer of air will not always be a good insulator though, because heat is easily transferred by radiation and convection.

When a material, for instance insulating material, becomes wet, the air enclosures fill with water and, because water is a better conductor than air, the conductivity of the material increases. That is why it is very important to install insulation materials when they are dry and take care that they remain dry. Vapour permeability 'Breathable' is used as a short way of saying 'a high level of water vapour permeability'.

The U-value concept is used to quantify heat loss through plane elements of the building envelope or shell. U-value is defined as the overall thermal transmittance of a particular construction element (a wall or a roof for example), including the effect of surface resistance. It depends upon the thickness and thermal conductivity of its component layers and, in the case of air cavities, the emissivity of the surfaces.

Units of thermal transmittance are expressed in Wm²K.

The term ‘U’ represents overall thermal conductance from the outside to inside covering all modes of heat transfer. From the above equation, ‘U-value’ can be defined as the rate of heat flow over unit area of any building component through unit overall temperature difference between both sides of the component.

Insulation is rated in terms of thermal resistance, called R-value, which indicates the resistance to heat flow. The higher the R-value, the greater the insulating effectiveness.

Where: R = the thermal resistance per unit area of the piece of material (m²K/W),

l = represents the thickness of the material (m), and

k = represents the conductivity of the material (W/mK).

WALLTITE® is installed only by BASF-trained professionals. We have Approved Contractors available throughout the UK and Ireland. 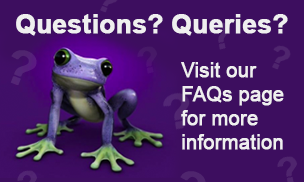